 Summary: Once again you'll have to wield the throttle of your faithful helicopter KA-50 Black Shark and struggle for the order. 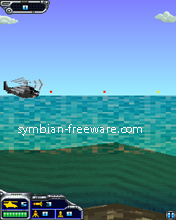 The Black Shark returns â this time in all the three-dimensional glory. The new menace threatens the world peace â the terrorist organizations have united, forming the FT (Furious Terrorists) alliance. Once again you'll have to wield the throttle of your faithful helicopter KA-50 Black Shark and struggle for the order.

Terrorism, the plague of XXI century, enhances its positions. No longer hoping to achieve their goals separately, the terrorist organizations create the FT ( Furious Terrorists) alliance and perform various combined operation, while researching the new horrible machines and weapons of mass destruction. Although, the forces of order do not stand still in their research either â now there is a heavily modified helicopter KA-50 Â«Black SharkÂ» under your control to oppose the menace. There's a whole arsenal of deadly missiles, bombs and other ways to destroy the enemy at your service. Completely 3D graphics, amazingly realistic sound, vibration effects â all you need to strike down the terrorist alliance! 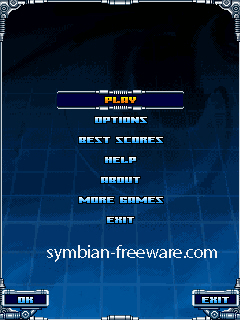 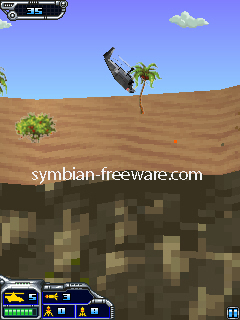 Wake up! Listen to when general headquarters speaks! Our agents detected some parts of terrorist organization âChildren of Danavaâ on the coast of Hawaii islands. The battle-order is to annihilate them all. I mean terrorists forces. Deal with them, pilot!

You have perfectly completed the task.
Inhabitants don't complain. Someone even might survive. But we have bad news too. Our satellites captured some unknown air defense and big radars. We suspect them of being enemyâs base. Blow them up please. Good luck, pilot!

Our anxieties proved to be true. "Children of Danawa " used big radars stations for nuclear missile pointing. Now your destination is their main base. Nuclear missile must be destroyed. Otherwise... And don't forget the bombs please. Good luck, pilot!

We know who is main scoundrel. He is waiting you in the heavy armed to the teeth tank. The plant witch produces nuclear missiles components is into this huge vehicle. You know your duties, pilot. Good luck!

You have perfectly deal with guys from "Children of Danawa". We will install radio cassette player into you helicopter for your courage. Destroy with music! But it isn't time for rest. Your next mission is to inspect the Arunta desert. Prepare for the long flight, pilot. Good luck!

Have you really had any problems in the desert? We thought the Arunta desert is calm and abandoned place. Go on your mission while we recognize your enemies. Good luck! Very bad news! It turned out that your enemies are âbrotherhood of rectalâ. They seem to produce chemical weapons. Put on the respirator and punish them! Good luck , pilot! Terrorists have very modern and dangerous helicopter. This is a real air fortress. We don't want such dangerous machine to be in someone arms except ours. Shut it down please and good luck.

Are you still here? Than we want to suggest you the mission to Siberia. Any objections won't be accepted as usual. Don't worry about cold weather it will be really hot there... Good luck, pilot!

The nice guys you have met there are âkeepers of Holousasâ, illegal military organization. They know how to create horrible biological weapons and they do it to earn money a little. Through hearsay they carry out experiments on the forest bears that are detected by radars. Free pure bears!

Either of the three terrorists organization consists in FT alliance (the forbidden terrorists). Finish them once and for all! You are in the face of the last defensive line of the FT. Last effort and the win is ours! Fight with their submarine. But be careful, pilot. The submarine is equipped with nuclear missiles. Don't let their launch!

Well done! We have no enemies now and want to give you a holiday.