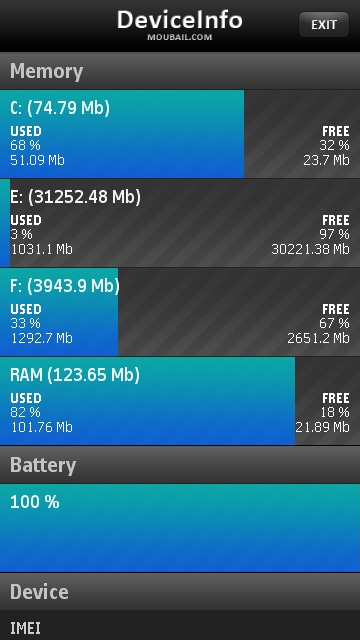 » DeviceInfo 2 Widget Description
Share   Tweet
DeviceInfo widget for Nokia 5800 XpressMusic and the N97 is the first widget release by moubail.com. The widget is pure HTML/CSS/Javascript and is released as an example to motivate other users to create a widget of their own. The DeviceInfo widget displays more or less essential data about the device itâs running on. Itâs a handy way to digg up the phoneâs IMEI code, wireless MAC address and the current firmware version.
This release is BETA and has been tested only the Nokia 5800. There is an update system built-in meaning you should be able to update it easily to a newer version â should we ever make one. Post your ideas and wishes or get in touch through the Feedback -page. If you have a widget you would like to publish or need some graphics work done on it or anything like that â moubail.com might be able to help.
With this widget you can display 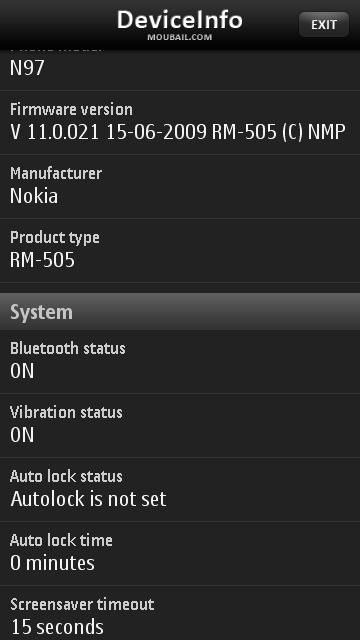