 Summary: See your mobile and open the link in the text message. 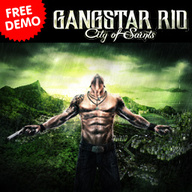 See your mobile and open the link in the text message.


Here are the most popular items that are similar to Gangstar Rio Demo:
RA.ONE GENESIS
Actionby: Indiagames Ltd.Description‘Ra.One Genesis‘ is an 2D action packed adventure mobile game where you play as ‘G.One’ the superhero with supernatural powers who will fight his way through RA.One’s army of minions. Your goal is to find and destroy Ra.One’s ‘H.A.R.T’ before he gains endless energy and brings fort h his indestructible wrath over our existence. Unleash your supernatural abilities to sabotage enemy locations, evade their traps and surveillance systems and to take down enemies in different ways.FreeSexy Santa
Actionby: East InnovationsDescription"Sexy Santa" is feeling naughty and he has to grab numerous gifts to present to HOT BEAUTIES and SEXY Babes.
Nice game for getting in the romantic mood.
Sexy Party with Sexy Santa!!FreeLethal Mission Lite
Actionby: InodeDescriptionYou are secret agent Johnson and it is your turn to try to stop Dr. Muerte. After everything else has failed, you are the only hope now. Go through many levels of thrill and adventure to try to stop Dr. Muerte from releasing a terrible biological weapon. Infiltrate your enemy lines; discover the horrible secret that keeps this evil organization running. Careful who you trust!FreeDungeon Hunter 3 Demo
Actionby: Gameloft SADescriptionWhen the darkness awoke, evil flooded over the land of Gothicus. Uncover the mystery of the plot against your kingdom as you hack your way through large dungeons and ferocious monsters. Enjoy hours of excitement as you dive into the main story, accept side quests and collect innumerable items. Dungeon Hunter 3 is an epic adventure set in a dark fantasy world in the tradition of the most successful hack and slash RPGs.FreeNuke Defender 3D
Actionby: PlayBuffDescriptionQuarachi nuclear weapon base is seized by deadly contingent of tanks terrorists aiming mass annihilation. Your mission is to recoup the nuclear plant. Go and show case your valour and marksmanship. Fight all the way through the battle field to be 'The Nuke Defender'.
Follow these steps to avoid network connectivity hassles (Settings > App Mgr > Installed Apps > Nuke Defender 3D > Options > Suite Settings > Network Access=Always Allowed /Ask every time)FreeThe Train Defender
Actionby: PlayBuffDescriptionA breathtaking action game - THE TRAIN DEFENDER is here for you. Go…have a fight over the train to save the passengers, threatened from brutal dacoits. Demonstrate your courage and skills to complete the three difficulty levels of the game with raging and revitalizing powers in hand. Best of luck!!!
Follow these steps to avoid network connectivity hassles.(Settings >Application Mgr >Installed Apps>The Train Defender>Options >Suite Settings>Network Access =Always Allowed / Ask every time)FreeAgent Vinod
Actionby: Indiagames Ltd.DescriptionPlay as the super spy Agent Vinod and undertake a variety of difficult infiltration and action missions to unearth an insidious terrorist conspiracy to cause nuclear armageddon! Infiltrate, hack, shoot and sneak. Do whatever it takes to succeed!FreeMarch of Heroes Demo
Actionby: Gameloft SADescriptionJump into the Cold War’s most terrible conflicts in this exciting and over-the-top shooter game. Enjoy fast-paced action and stunning graphics through 9 chapters set across the globe from Vietnam and Saigon to the Afghan mountains. Play as two special ops soldiers and take down enemies with a large arsenal of spectacular weapons like a grenade launcher or a flamethrower. Experience a variety of gameplay like a helicopter airstrike, stealth sequences and even an underwater level.FreeAssassin’s Creed® Revelations
Actionby: Gameloft SADescriptionPlay as Ezio and Altaïr at two different times in Constantinople’s great history and uncover the ultimate secrets of the Assassins’ Brotherhood. Eliminate plenty of dangerous enemies thanks to a wide range of assassination moves and tricks. Recruit assassins, and send them on missions so that they can gain experience to help you throughout the game, and use Da Vinci’s legendary flying machine in thrilling top-down levels.FreeRoadies 9
Actionby: MTV IndiaDescriptionFinally, your favorite reality game show comes to your Nokia feature phones as an addictive real time game. The game starts with the introduction of the Everything or Nothing setup in America. This game will transport you into the world of travel, adventure, drama and touch of voyeurism. Play this 7 level game with progressive game play. Pass through various traps set up by Raghu and Rajeev on your way up to win the game and get your dream bike Hero Karizma.FreeBorder War LOC
Actionby: Jump GamesDescriptionBorder War Line Of Control is the modern day rendition of an arcade classic. Protect your borders with a new age weapon, a super cannon. The enemy has decided to destroy this tank and invade your borders.
Use the tank and shoot down invading Para soldiers, Air Raiders, Plasma Bombers and Plasma bombs. The game ends if 4 para soldiers land on either side of the cannon or if the cannon is bombed by the bombers. Get ready to protect your borders with a new age weapon, the super tank.FreeCrazy Cats
Actionby: Pixalon StudiosDescriptionHello. Meet Bark the Dog and join him on his adventure quest to discover the secret of nine cat lives in the fantasy land of Crazy Cats. Let Bark rotate the game screen in real time, which makes some of the cats fall down and easy to scare away with barking. Swim in water, slide on the ice or float in low gravity - the game environments never get boring.Free 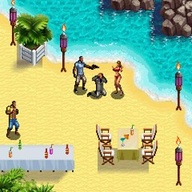 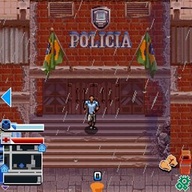