 Summary: Sonic Grenade is an app aimed for crowd control and playing pranks on friends. Disclaimer: Read the instructions before using. Connect the phone 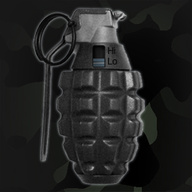 Sonic Grenade is an app aimed for crowd control and playing pranks on friends.

Disclaimer: Read the instructions before using.

Connect the phone to a stereo and turn up the volume. The app generates a very high frequency sound that is really annoying and headache producing.

You can use the application standalone. Hide the phone somewhere and play a prank on someone.

For all other issues, please go to support.ovi.com


Users who downloaded Sonic Grenade also downloaded:
Puppy Talk
Entertainmentby: picoBrothersDescriptionPuppy talk is a voice-altering app that features an animated puppy dog, that repeat what you say in high-pitched squeaky voices in real-time. This app gives you hours of hilarious laughter.

Works in any language!FreeMazeLock
Utilitiesby: ThinkChangeDescriptionNotice: Watch carefully the start up screen for the DEFAULT unlock pattern!

You need first to set your own unlock pattern by connecting some of the nine white dots together (There is a default unlock pattern pre setted). When you try to unlock your phone, you need to draw the same pattern exactly as you set.

You can also protect your side bar slider key -- double click the menu key to lock the phone.FreeTalking Cat
Entertainmentby: picoBrothersDescriptionTalking Cat is 3D animated cat that talks and repeat what you say.

To get more animations and interactions you can buy the bonus pack.FreeFingerPrint
Entertainmentby: ThinkChangeDescriptionUse your fingerprint to unlock the phone, this is NOT just for fun!

When the FingerPrint screen pops up, you need to touch your finger to the screen to be " scanned " for your identity, there will be vibration and beep sounds during the scan. The phone will be unlocked not depend on whose finger it is, but on how many beeps or vibrations since your finger touch the screen ;-)FreeAK-47 Assault Rifle
Entertainmentby: picoBrothersDescriptionThis is a fully automatic AK-47 assault rifle.

Support resolutions from 240p up to 720p HD quality (if available)

The videos are stored in your video folder and you can at any time enjoy the high quality videos off line or project them onto a TV, thanks to the Nokia HDMI and TV-out.FreeRevolver Free
Entertainmentby: picoBrothersDescriptionThe Ultimate Revolver Simulator for your phone.

This is the most realistic revolver simulator app in Ovi Store.

It has all the details of a double action .357 revolver. Sound motions interaction and the look.

If you like this app, get the ad-free Pro version, that also include a " Russian Roulette " game option and vibrations.FreeTalking Hamster
Entertainmentby: picoBrothersDescriptionTalking Hamster is a voice-altering app that features an animated hamster, that repeat what you say in high-pitched squeaky voices in real-time.

This app gives you hours of hilarious laughter.

Included is also for your safety a SOS distress function. Turn it on to signal SOS message that can be seen several kilometers away.

The applications feature in-app advertisings from InnerActive (Network connection required).FreeAdventure of Ted
Adventureby: DreamGamezDescriptionJump, run and kick your enemies out of your way. Save Ted from enemies and help him to get to his home in this cute game.