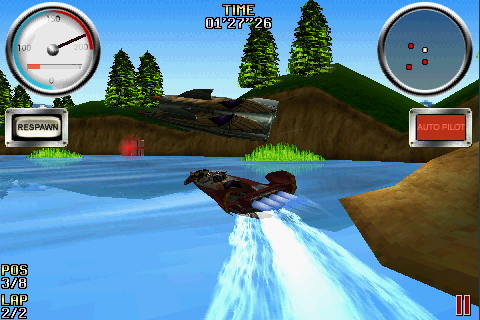 WaveBlazer features four different single player game modes, including championship, arcade and beat the clock, as well as a fully stocked multiplayer versus-mode allowing you to face off against other players from all over the world.